Hey kids!
It’s time for another exclusive interview right here at AllTheStarWars.com. This week we’re talking with none other than Tom Berges, founder and curator of the Star Wars community, IGrewUpStarWars.com, home to fans recollecting their childhood memories of growing up with Star Wars as a part of their lives.

I found IGrewUpStarWars on Facebook a few years ago and have been a member ever since. I really liked the concept of fans sharing their stories of growing up Star Wars. I instantly felt bonded to all of these people and identified with their photos, stories and memories of being a kid in the 80’s. But, IGrewUpStarWars isn’t just for those of us who grew up in the 70’s and 80’s, it’s a community for fans of all ages who remember growing up with Star Wars and even those who are still growing up today.

More than just a Facebook group, it’s a website first and foremost which you can find linked at the bottom of the interview. Speaking of which, I asked Tom for an interview as he is one of the coolest cats I’ve met online who loves Star Wars as much as anyone and has an amazing collection. He’s also a real nice guy and someone I think people should know.
So without further ado, here is my interview with Mr. Tom Berges.

1) What is your earliest Star Wars memory?
That’s an easy question, my first memory was before even seeing the film. I was spending the night at a friend’s house and all that night, he explained every detail about a film he had watched the day before, that film of course was Star Wars! Without even watching it, I was hooked!

2) What prompted you to start IGREWUPSTARWARS.com?
During Star Wars Celebration 3 in 2005, in a tiny little corner that most people simply walked past without noticing was a small display board of old childhood drawings. I instantly remembered many of them, as they had been featured in the Art of Star Wars book published in 1979. That I think really captured my nostalgia for Star Wars and how kids dealt with that passion back then. That and the fact that during that era, many of our family photographs featured me wearing or interacting with something Star Warsy. I knew it couldn’t be just me with those kinds of photos, drawings, etc.

3) When did you start the website and how long did it take for people to start submitting photos and content?
The site started in 2009, it wasn’t long after I started getting our first submissions.

4) Which Star Wars movie is your favorite?
Why of course the first one! No, not Episode One! The first one, the Star Wars released in 1977. 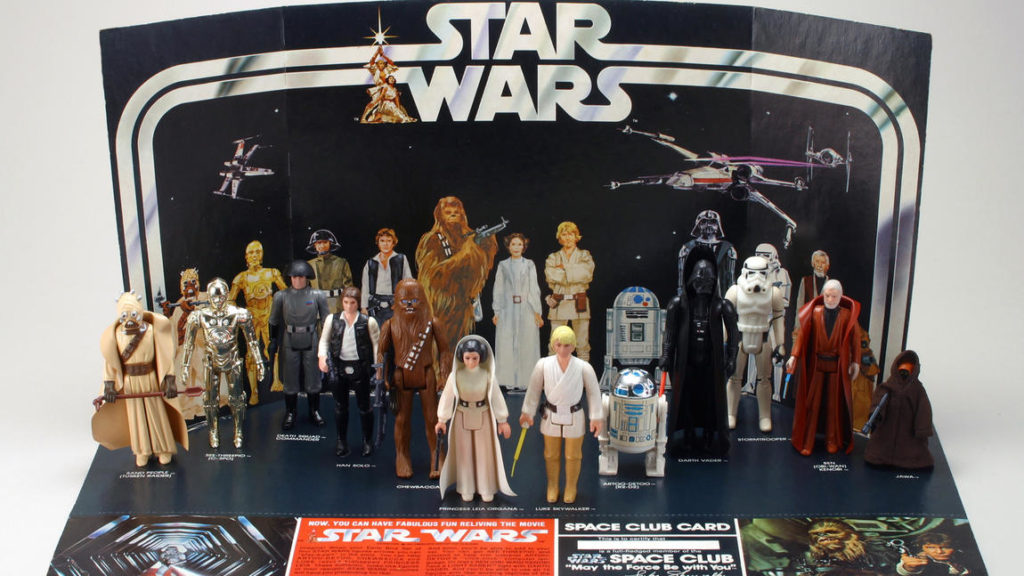 5) If you had to pick one vintage action figure from the Kenner line as your favorite growing up, which one would it be?
I get asked this a lot, my generic best guess answer would be to just give me the first 12 and I’ll keep my mouth shut.

6) What do you feel makes Star Wars such a connective tissue for so many people?
For many I know, Star Wars is a remnant of childhood fantasy. It’s a step back into being a kid again. My whole relationship with Star Wars is based solely on my nostalgic feelings about my childhood.

7) What is one of the most interesting things that has happened to you since you started the website (whether it be meeting a certain person or just some sort of odd experience)?
There are too many things to mention! So much good has come to me from this hobby, it’s absolutely awesome!

8) Having grown up with the original Star Wars trilogy, are you enjoying the new Star Wars films that have been released?
Good question, and the answer is, not really. Again, it’s nostalgia that drives my love of Star Wars. It’s probably a romanticized notion, my love of the older Star Wars, but the new movies don’t really strike any chords with me. I watch them all! These new movies are forging a new love of the franchise for younger fans. The older fans love to wallow in the has-beens, like me!

9) From what I’ve seen you have quite an extensive collection of Star Wars items. Do you have a favorite piece?
I’d be sad if I lost any of the items I own, but it’s hard for me to pick just one item. Some of the display pieces that I’ve got I’m pretty proud of, so maybe those…? 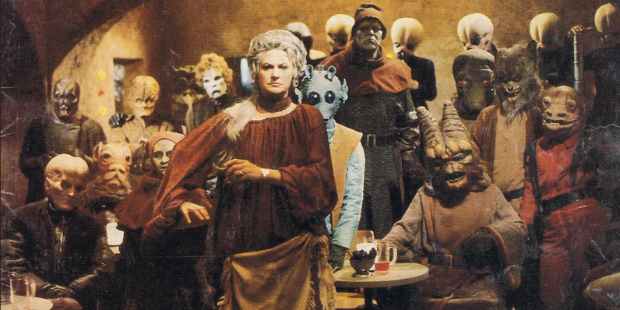 10) You’ve mentioned your affinity for the Star Wars Holiday Special. What about it do you enjoy?
The copies of the Holiday Special that are floating around have the commercials that ran with the show. I think that’s really the icing on the cake! It’s hard to pinpoint what I love about the SWHS, or why? It’s probably the fact that I was there when it aired. It was an event for me. Star Wars came at a premium in the 70’s, so when you got it, you loved it! So, I remember watching it and loving it. But then again, that era of television was full of the Gong Show, Carol Burnett, and tons of variety shows. So this was really no shock to the system, it was current television programming at the time meets Star Wars. The fact that it’s now considered a laughing stock annoys me. If you don’t know, then you don’t know.

11) Was there ever a time when Star Wars wasn’t a part of your life?
Pre 1977 was filled with Disney, Public Television, 6 million Dollar Man. After Star Wars was released there really wasn’t a time that was completely devoid of Star Wars, just maybe a little less of it. You tried to keep the Star Wars thing under wraps with the ladies, if ya know what I mean. Talking about Artoo Detoo tends to ruin your cool factor with the girls…

12) What has been the best part of growing up Star Wars?
EVERYTHING! I’m a ridiculously lucky guy to have had the experiences I’ve had, and continue to have.

13) For parents who are introducing their kids to Star Wars for the first time, what would you suggest they show them first?
Not sure, probably the way they were released. But then again, don’t “force” your kids to love Star Wars. If they love it on their own, GREAT! If they don’t, that’s okay too.

14) Is there anything else in your life you enjoy as much as Star Wars (spouses/family not included)?
Hard to say, I like the wilderness, mountains, and the ocean. I like traveling. But my one thing that keeps me occupied most, is of course Star Wars. But it’s also very nice to get away from Star Wars every once in a while too.