Star Wars has had a long history of storytellers creating a far richer and more complex world than even George Lucas himself could have imagined. 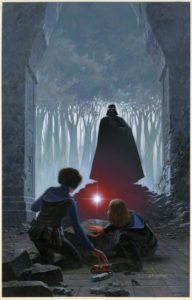 Since Alan Dean Foster's "Splinter of the Mind's Eye" the Star Wars Extended Universe took the concepts, ideas and characters in the original films and expanded them to new worlds, new adventures and introduced new stories and new characters.

At one point all of the stories had to be carefully catalogued in order to maintain a sense of order and consistency insuring that not only did Lucas' beloved characters not do something they shouldn't, but also to make sure that stories did not contradict one another.

For many years the Extended Universe was vast and rich with content. Then, Disney bought Lucasfilm and everything changed.

To many's dismay Lucasfilm and Disney announced that the Extended Universe would no longer be considered 'canon' in the Star Wars Universe, but that all of those stories so many loved and adored over the years would be categorized as 'Legends'.
Many were outraged, but Disney and Lucasfilm knew that if they were going to continue the stories of Luke Skywalker, Han Solo and Princess Leia that they would have to remove the shackled constraints of the Extended Universe and free themselves to tell new stories and create a new canon. 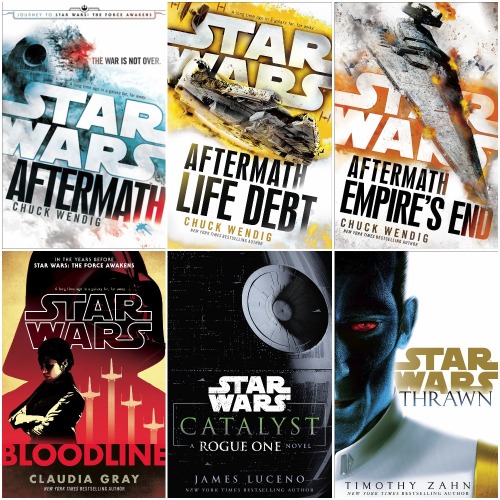 Because of this there are technically two different categories of books for Star Wars. You have the current canon which includes all six of the original movie novelizations, a handful of newer stories that take place between those saga stories and of course 'The Force Awakens' and 'The Last Jedi' and everything surrounding it both before and after.

I've included both the new canon timeline as well as the Extended Universe "Legends" timeline.

Regardless of how you feel about what Disney and Lucasfilm did with the Extended Universe it still exists to enjoy for all and fans get the pleasure of an entirely new timeline that is currently unfolding with the release of many new novels by some of the best authors from the original Extended Universe.