Tonight we all became privy to the first full-length trailer for Solo: A Star Wars Story. While there have been some criticisms of the film from day one this trailer seemed to quell a lot of that by giving Star Wars fans something they haven’t seen in a Star Wars film for quite some time: fun!

If you haven’t seen the trailer yet you can watch it right here. I’ll wait:

The first thing we see is a Star Destroyer being built. What this establishes is our place in the Star Wars timeline of events as well as our potential location in the Star Wars Universe.
By the time of Rogue One Star Destroyers were already the go-to ship for the Empire of course as the film was set just prior to A New Hope, so this tells us that we’re looking at a time shortly after Revenge of the Sith when the Empire began their shift from the Old Republic ships, weapons & armor and began building what we have all come to recognize as the standard Imperial designs.
This is reinforced later in the trailer when Chewbacca tells Han his age, which Han relays to the audience as 190 years old. Being that Chewie is 200 years old at the time of A New Hope we know that Solo is set 10 years prior to that film. This puts us 9 years after Revenge of the Sith. That would make sense that the transition between the Old Republic and the Empire would be happening around this time.
We also establish that events in this film are taking place around some sort of Imperial Shipyard. One of the most well-known Imperial shipyards established in the original Extended Universe is the Bilbringi Shipyards. Whether this is Bilbringi remains to be seen. This could be Corellia, Han’s home-world as well. 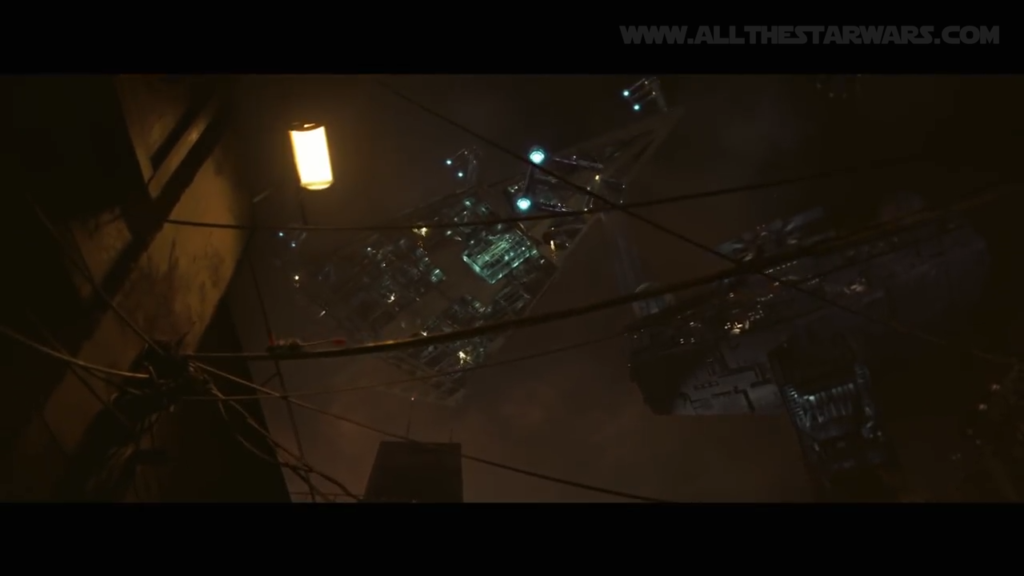 Our next moments show Han walking in what would be the real-world equivalent of slums. My guess is that he’s meeting up with Qi’Ra who he hasn’t seen since childhood, which lines up with her voiceover.
We also see a shot we’ve already seen where Han faces off against the new villain of the film, Enfys Nest who is backed by an array of mercenary-looking types. One of these lackeys appears to be of small stature and may be the character that Warwick Davis is playing in the film.

Next we’re introduced (again) to Lando Calrissian at what is most-likely a Sabacc table surrounded by aliens. The original story regarding the Millennium Falcon is that Han won it from Lando in a game of Sabacc which is why in The Empire Strikes Back Lando makes the comment, “What have you done to my ship?” to which Han replies, “Your ship? Hey, you lost her to me fair and square!”. I don’t think this is where Lando loses his ship to Han, but I do think we will see it towards the end of the movie in this same setting. 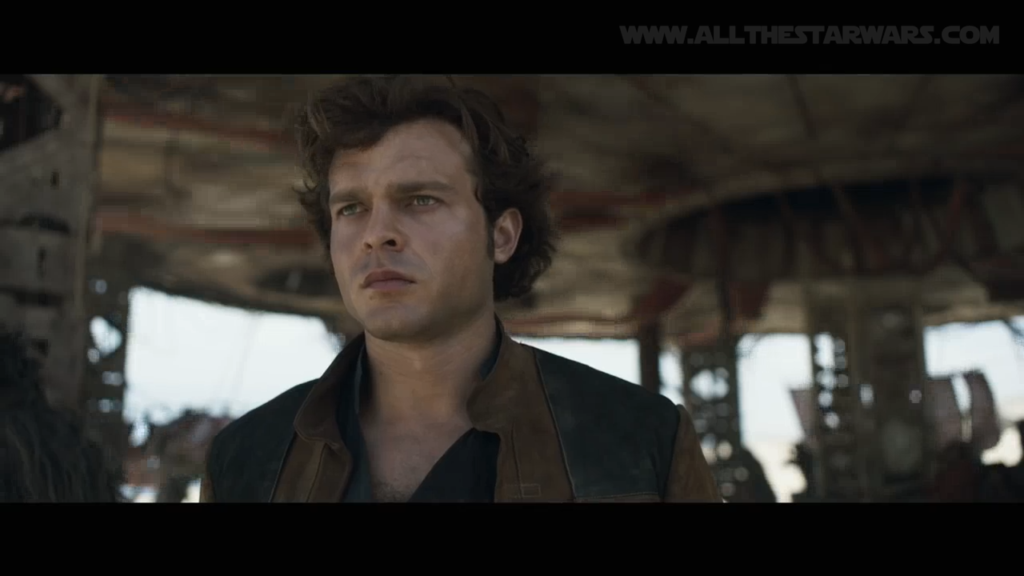 Qi’Ra’s voiceover continues as she questions Han’s current motives and we see images of Han pushing “all-in” during a game of Sabacc (most likely) as she says, “Money?” and then a shot of Han & Chewie looking over the Millennium Falcon as she says, “or is it something else?”.

Next we transition to Woody Harrelson’s character, Tobias Beckett. Beckett tells Han, Qi’Ra and Chewie “about a job” and a “big-shot gangster putting together a crew”. We’re shown Paul Bettany’s character, Dryden Vos and then Han talks about his skills as a driver and a flyer. The next noteworthy scene is Beckett giving Han his signature DL-44 pistol.
The trailer shows us more of the relationship between Han & Chewie in this film (which isn’t very different from their relationship in the original trilogy) where Han asks Chewie what he thinks and we see Chewie shaking his head no to which Han replies, “What do you know?”. We then see Han & Chewie walking up to some sort of abandoned facility with giant tusks mounted on the entrance.

The next voiceover we hear is Beckett asking “You got a line on a ship?” to which Qi’Ra replies, “Yeah, I know a guy. He’s the best smuggler around”. We’re shown Lando and then we’re back to the gambling den where Han asks, “I heard a story about you, I was wondering if it’s true?” to which Lando replies with what is my favorite line in the entire trailer; “Everything you’ve heard about me is true”.
We’re given a proper introduction to Lando’s sidekick, L3-37 followed by an intro to the Millennium Falcon where we see Han showing a keen interest in the ship. 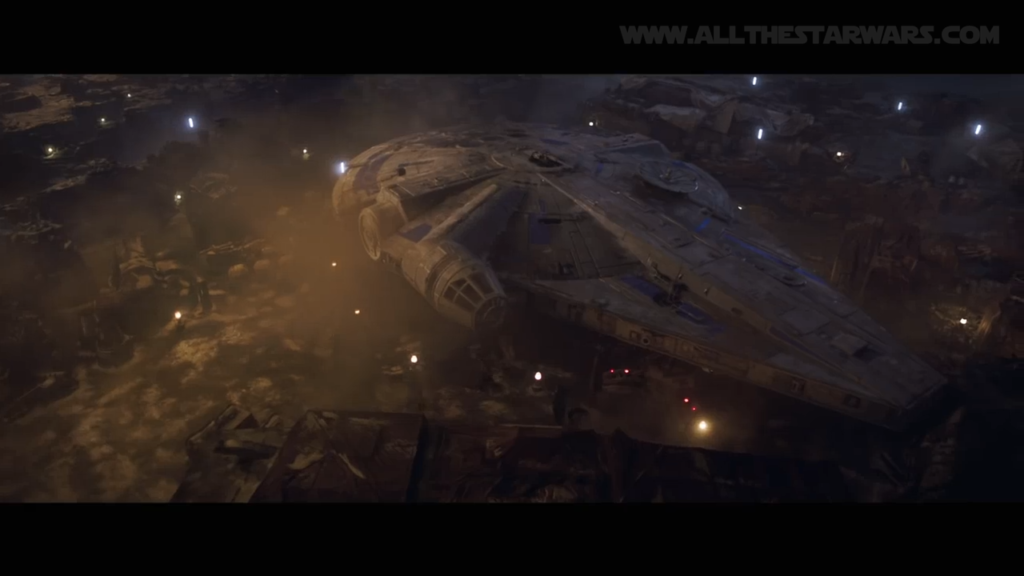 We’re back to Beckett’s character telling Han that if he goes with them he’s “in this life for good” and then back in the Falcon where Lando tells Han, “You might wanna buckle up, baby!” as we see the Falcon jump to lightspeed.

The great train robbery is next up as we see the crew fighting off Range Troopers on top of the mag-lev train we’ve seen in the teaser trailers already. Beckett’s character is added for another voiceover as he tells Han, “Let me give you some advice. Assume everyone will betray you”. Of course we’re shown a shot of Lando which alludes to The Empire Strikes Back.
We’re also shown a new AT-ST style walker that’s slightly different than what we saw in both Empire & Return of the Jedi. Something really interesting after this is Chewbacca showing intimacy with what looks like a female Wookiee. Could this be his wife, Malla who was revealed originally in the Star Wars Holiday Special so many years ago? 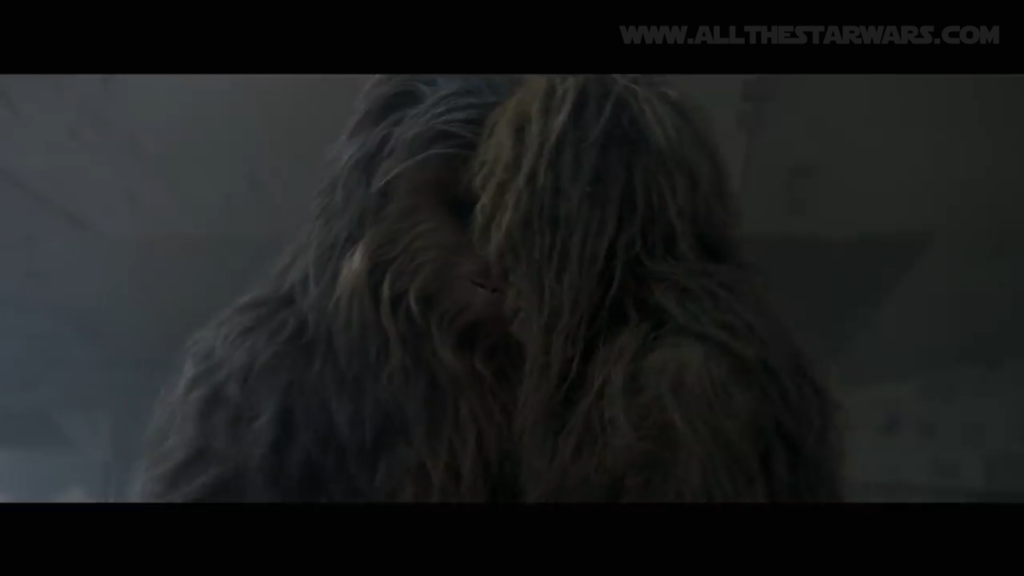 We see more shots of the Falcon outrunning Tie Fighters and the Star Destroyer through what might be the Kessel Run and Han delivering the line, “I got a really good feeling about this!” which of course is contrary to the repeated phrase in every Star Wars film, “I have a bad feeling about this”.
Chewie starts flipping switches and Han asks him, “Since when do you know how to fly?” to which Chewie responds emphatically. Han is shocked by his answer and replies, “You’re 190 years old?! You look great!”. It’s another fun moment and it’s obvious that Han and Chewie haven’t been friends long and it will be interesting to see if this is the story of them actually meeting. Previously in the Extended Universe storylines Han had freed Chewie from enslavement by the Empire which is why he owes him a life debt. Given some of the images we’ve seen in the trailer it’s entirely possible that we’ll see something similar happen in this film. 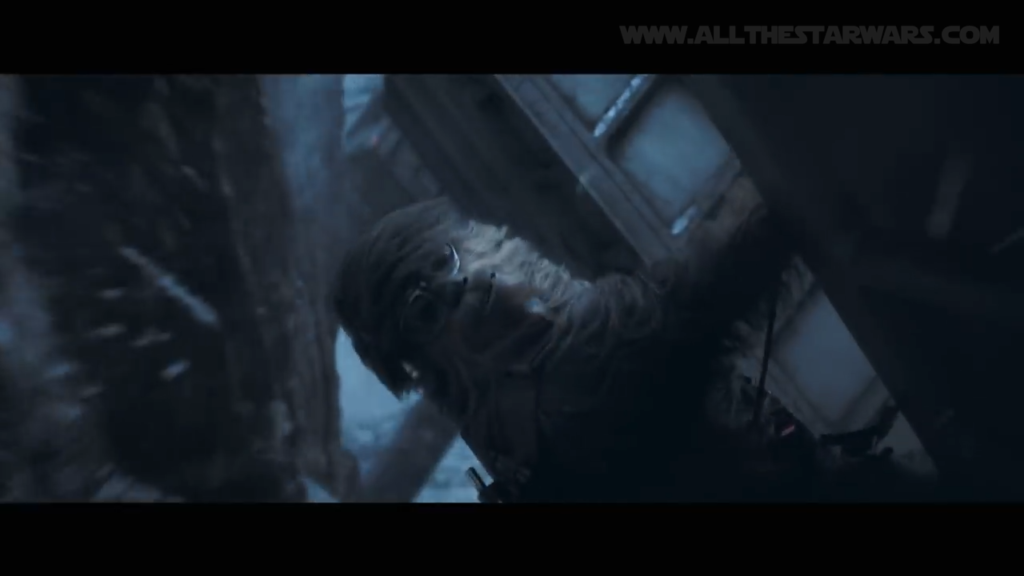 We’re given more random images of the Millennium Falcon, Beckett’s team fighting off someone and a great shot of Chewie smashing a guy head first in to the ground. We end with Chewie hanging off the train by hanging on to Han’s hand and the impending doom of a large chunk of rock about to hit him and then cut to black.
Cue the logo and the release date of May 25th.

Overall it’s a fun trailer, and that’s what I like about it the most. It brings back something to Star Wars that’s been missing and will hopefully make for a really good time.

Now, to be honest there is part of me that’s a bit hesitant about this film because of the shit show that was The Last Jedi and the only reason I’m willing to give Solo a shot is this trailer and the fact that Ron Howard stepped in to finish the film. I respect him as a director and after seeing the trailer I do have hope that the movie is going to be a good time.
Any of you who follow me on social media or have read other posts know that I did not like The Last Jedi and had many problems with it – which I’ve explained in detail. That being said, the movie I liked the most out of all of the recent Star Wars films has been Rogue One, so I’m hoping that the stand-a-lone movies turn out to be much better than the sequel trilogy we’ve had to endure thus far which has been pretty lackluster overall.
I know there are many fans who disagree and loved The Force Awakens and The Last Jedi, but there are many fans who didn’t and who know what I’m talking about.

I will definitely not be lining up on opening day to see this film, but barring any major negative reviews from fans I will go see this in the theater and report back my findings. I know there are fans who hated The Last Jedi who refuse to see this movie because they feel giving more money to Lucasfilm after TLJ fiasco just invites more awful Star Wars movies. I can understand that reasoning, but you also should be open to the possibility that Solo may end up being a good Star Wars movie and if that’s the case you would want to show Lucasfilm that a good Star Wars movie is going to be more supported and push them in the right direction hopefully.

Honestly Solo is a bit of a litmus test for me. If the movie sucks I may be done with all the new Star Wars content. I really felt burned by The Last Jedi and with Rian Johnson helming his own Star Wars trilogy I am very concerned for the future of the franchise. However, if Solo turns out to be a good movie I may have to hold off on my decision to admonish all future Star Wars.

What do YOU think? Does the trailer look good? Fun? Or do you think it looks like another terrible film? Sound off in the comments section or get at me on Twitter or Facebook. 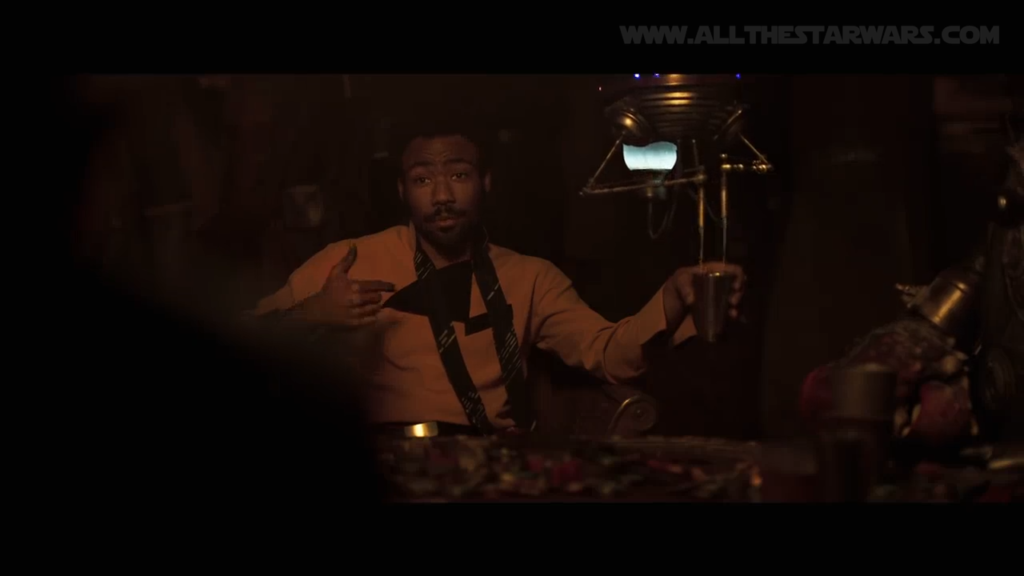