In addition to this website I run a few Facebook groups, one of which focuses on Star Wars home video releases. I've been collecting Star Wars home video for awhile now and it's been a niche area for me in my collecting and one that I thoroughly enjoy. From VHS and Laserdisc to DVDs and Blu-Rays, Star Wars home video has a very unique and extensive history.
Nathan P. Butler (admin in the group) wrote a book titled A Saga on Home Video a few years ago and his knowledge (and collection) of Star Wars home video releases is mind-boggling. You can find the book on Amazon. It's the most extensive collection of home video I've ever seen and may just give you the collecting bug to start tracking it all down - which isn't an easy task.
Another resource that has recently come to my attention is StarWarsHomeVideo.com, a great website created and curated by Chris Jen. The site offers high resolution photos of many rare releases and is a great place to start if you're new to the Home Video arena or are looking to expand your knowledge.

To give you a really brief rundown of Star Wars Home Video history it's important to note that the very first home video releases of Star Wars were on 8mm reels. Fans could purchase these and watch select scenes from the film, but not the entire film itself. That wouldn't be available until the 1980s when rental copies were released to video stores.
Retail copies that consumers could legally purchase weren't even available until 1984, if you can believe that. With the instant gratification society we've become where movies are available for buying and/or streaming mere months or even weeks after theatrical releases - or sometimes simultaneously - it's crazy to remember when it would take years for movies to be available to buy for home viewing.

In the early years of Star Wars home video VHS, Laserdisc, CED, and Beta were the most common ways to watch Star Wars, The Empire Strikes Back, and Return of the Jedi at home. But what was released on home video wasn't exactly what fans had experienced in the theaters. From the very beginning George Lucas was tinkering with the Star Wars films.
The biggest change occurred when Lucas re-named Star Wars to Episode IV: A New Hope shortly after The Empire Strikes Back was released (which was dubbed 'Episode V'). Subsequent screenings of Star Wars (and all home video releases) showed the revised title in the opening crawl and the film was forever changed - but not for the last time, as we all know. When Star Wars finally hit retail shelves in late 1984 another change had happened to the iconic film as the audio track had been remastered by Sound Designer Ben Burtt. Of course more changes would keep coming down the line (some good, some bad), especially once Lucas decided to create the Special Editions.

Changes continue even to this day as fans most recently noticed the Disney+ streaming version of A New Hope now includes a new change to the highly controversial scene between Han and Greedo where Greedo is now heard saying "maclunkey" before firing at Han (who returns fire, killing him). According to Lucasfilm this change was going to be implemented by George Lucas prior to selling Lucasfilm to Disney. We're not really sure why, but it has now become a part of the film and will forever have fans theorizing what the hell "maclunkey" even means and why George decided to add it.
This adds even more controversy to this scene as originally Han shot Greedo before Greedo could shoot him but was later revised in the Special Edition version of the film to have Greedo shoot first as Lucas insisted that Han needed to be shown as more of a hero and not kill another character in cold blood. Lucas was probably the only person who thought that this was necessary as fans were enraged over this scene once they saw it in theaters in 1997 and since then have continued to use the phrase "Han shot first" when mention of it is brought up. 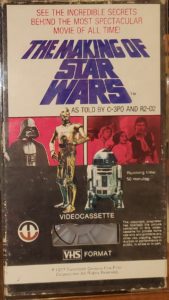 Worth noting is that the very first home video release for Star Wars on VHS and Beta wasn't the film itself, but was in fact a documentary titled, The Making of Star Wars. This home video release was available as early as 1979. It wasn't until 1982 that fans were finally be able to see the film in its entirety at home.

Over the years George Lucas released many iterations of the Original Trilogy films in both full screen and wide screen versions, and while VHS and Laserdisc were the primary way to see these films for nearly two decades, the OT was finally released on DVD in 2004 - 3 years after The Phantom Menace (which was the first Star Wars film available in that format).
The Special Edition versions were, of course, what were released on DVD - although there was a limited edition version that included a bonus disc with each film which contained the "theatrical" version. These versions were simply taken from a Laserdisc transfer made years earlier and lacked the quality that fans expected for a DVD release.
To date those bonus discs are the only official way to view the "theatrical" versions of the OT on DVD. They have never been released on Blu-Ray and according to Lucasfilm they most likely never will be.

Of course Star Wars fans are a savvy bunch and were not deterred by Lucas' insistence that the Special Edition versions were the ONLY versions. A few fans created their own high def versions of the original films utilizing various sources including Team Negative One who have become most well known for their 4K77 Project which was created by scanning an original 35mm print of Star Wars from 1977. They have since gone on to release 4K83, a scanned 35mm print of Return of the Jedi as well as what they have dubbed a "grindhouse" 35mm version of The Empire Strikes Back that features dust, scratches, grain, and typical artifacts you expect to see at a grindhouse screening. They are currently working on their 4K80 Project for The Empire Strikes Back.
Two other notable contributors to the Star Wars OT fan preservation community include Adywan's Star Wars: Revisited and Star Wars Despecialized by Harmy. All of these versions can be found through torrent sites. As stated by all of these creators, never pay for fan edited versions - only share for free. We echo that sentiment. 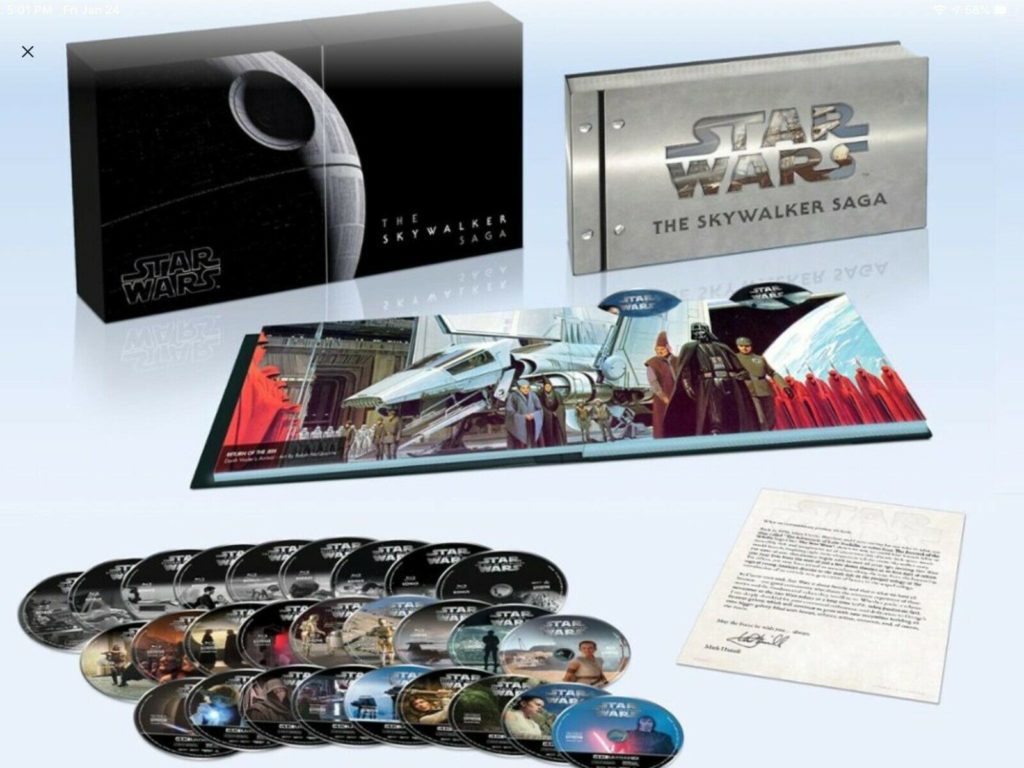 And so here we are in 2020 with the Skywalker Saga completed and the 40th Anniversary of The Empire Strikes Back in full swing. The Star Wars Saga is available for streaming on Disney+ of course and there are multiple HD releases of all the Star Wars films on Blu-Ray, DVD, and digital and we'll see a box set of the Skywalker Saga coming this year along with the home video release of The Rise of Skywalker and I imagine Season One of The Mandalorian.
We have come a long way from VHS tapes and Laserdiscs and with new technology for home video constantly being introduced there's no doubt these films will continue to see countless more releases over the next decade.