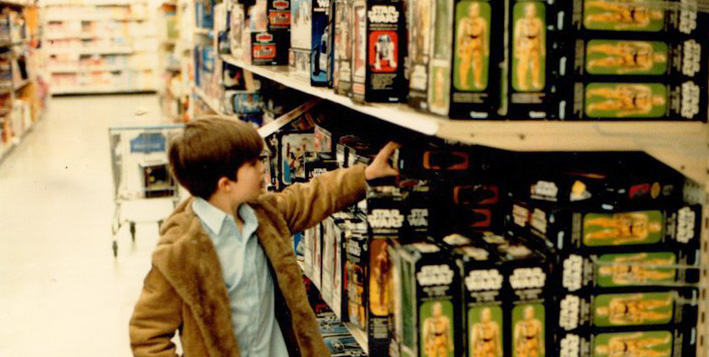 Merchandise has been just as much a part of the success of the Star Wars franchise as the movies themselves - if not more so.

When George Lucas originally made his deal for Star Wars with 20th Century Fox he asked to retain all of the merchandise licensing rights which would allow him to create and sell all Star Wars merchandise and keep the profits.
Lucas thought he could at least make money selling t-shirts and toys if the movie flopped.

Since merchandising was not something that was capitalized on during that time period the studio had no qualms letting Lucas keep the rights but in exchange for waiving his director's fee.

So George Lucas signed a deal with Kenner Toys of Cincinnati, OH to manufacture the toy line for the first Star Wars film.
After the release of the film more than 40 million toys were sold grossing over $100 million.
Needless to say the profits from the toys alone far exceeded Lucas' director's fee and made him a very rich man.

Some say this was the reason Return of the Jedi has Ewoks instead of Wookiees (as was originally intended) since the small, cute and cuddly Ewoks could be sold to kids a lot easier than the 7 foot tall Wookiees.
Eventually 2 Ewok TV movies and a cartoon TV series were released following Jedi. A Droids cartoon TV series was released simultaneously following the exploits of R2-D2 and C-3PO.
Merchandise for both Ewoks and Droids flooded the market. 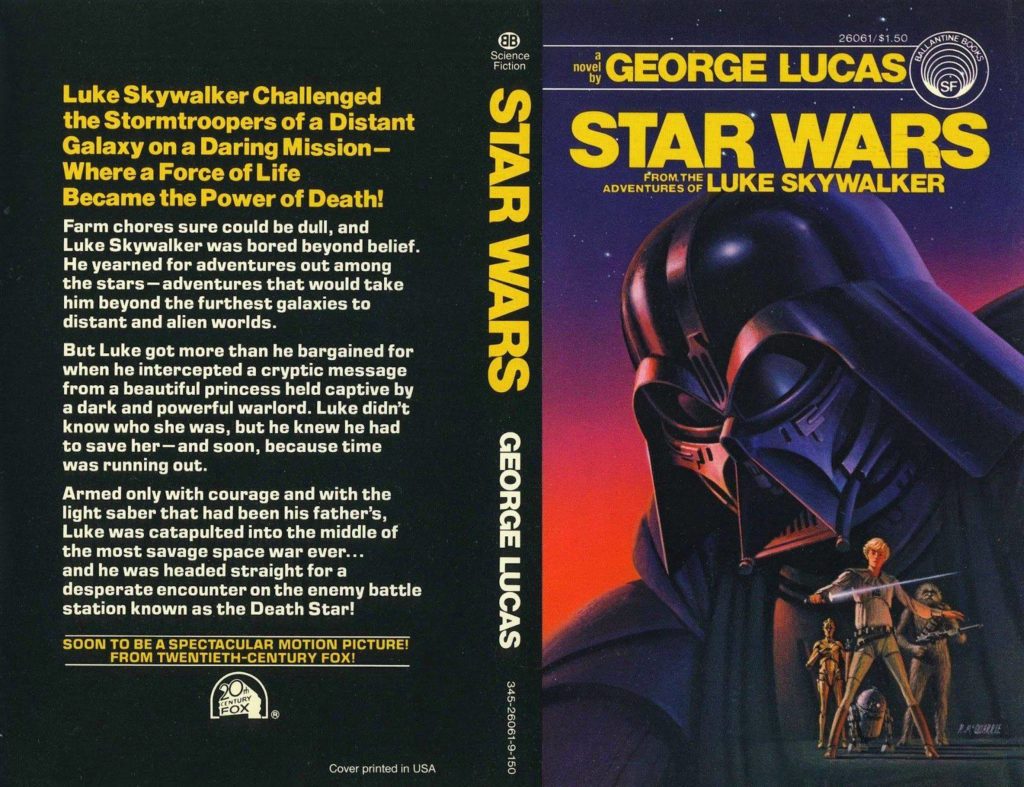 But before all that - even before the original Star Wars was in theaters - a novel of the movie (ghost-written by Alan Dean Foster) was released kick-starting the juggernaut that has become Star Wars merchandise and memorabilia.

In 2012 Disney acquired Lucasfilm for over $4 billion in a deal that included (among other things) all merchandising rights.

In this section of the site I've compiled a list of two of the most captivating aspects of Star Wars merchandising: books and toys.

While there is a plethora of Star Wars merch out in the world (and more coming all the time), these two items specifically seem to resonate the most with fans.
Star Wars toys have created some of the most rabid collectors since the release of the first action figures back in 1978 while many readers of Star Wars books were up-in-arms over Lucasfilm and Disney's decision to make the Extended Universe non-canon back in 2012.