Saturday, November 28th, 2020, David Prowse left this Earth. As the embodiment of Darth Vader in the original Star Wars Trilogy, Prowse was well-known among Star Wars fans and connected equally with James Earl Jones to the character. His 6' 6" stature and his presence lent itself to Vader in a way that made the Dark Lord unique and powerful. While James Earl Jones' voice gave a sonic weight to the character, it was the physicality of Prowse that gave Vader his true personality. The hands resting on the belt, the brisk and confident swagger, and the iconic gesturing of the hands are what we all remember mostly of Vader. 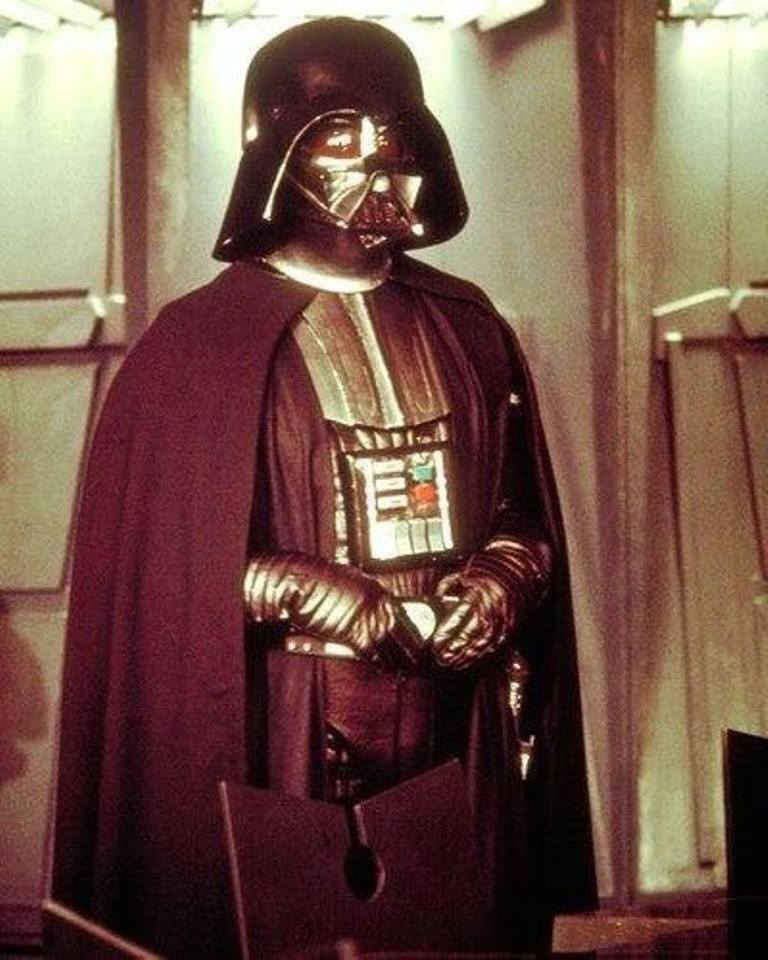 From his first appearance in Star Wars aboard Princess Leia's captured starship as a menacing hulk of metal, with his flowing cape and mechanical breathing, Darth Vader captured our imaginations and our anxieties as his evil presence meant certain doom for the heroes we would grow to know and love throughout the original films.

It was in the sequel, The Empire Strikes Back, that Darth Vader truly became much more than just the villain. In a pivotal moment after he and Luke Skywalker have battled in the bowels of Bespin, Vader reaches out to Luke both literally and emotionally as he tries to sway him to the Dark Side of the Force. But beyond that he reveals to the young Jedi-in-training that he is in fact his father.

While the words "No, I am your father!" resonate in everyone's minds, it's also the way Vader reaches out his hand towards Luke in an almost loving way before clenching his fist with evil power. It is these characteristics that shaped Darth Vader and made him more than just a killer cyborg. It made him human beneath that metal face mask. Then as Luke refuses his offer to join and in a desperate act flings himself off of the ledge and into the unknown abyss of the Bespin chasm, Vader looks after Luke with a certain longing that is conveyed only in his physical movements. 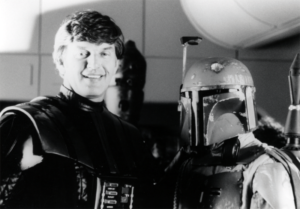 With no face to convey emotion, Vader's reactions have always been reliant on his physical actions. Those can be attributed directly to David Prowse. From the finger pointing at Leia aboard the Tantive IV when he calls her bluff to the casual pinch resulting in the Force choke of an Imperial Officer, Prowse brought Vader to life in a way that no one has been able to match.

Of course Bob Anderson portrayed Vader through most of the Bespin lightsaber duel, but it wasn't Vader's fighting that defined him as much as the other moments throughout the trilogy that gave him such a larger than life presence. In Return of the Jedi when Luke and Vader meet again on Endor, Vader's nuances are subtle but profound in how he relates to seeing his son again in such a controlled environment.

Even though George Lucas inevitably decided that the reveal of the man behind the mask of Vader would be a different actor, fans would never forget who it was that brought the character to life for all 3 films. This would be made apparent at appearances where fans would clamor to meet Prowse and to get his autograph.

Even though he appeared in other roles including Stanley Kubrick's The Shining and most notably as the Green Cross Code Man in public safety television commercials in the 1970s in the UK, it was always Darth Vader that made Prowse a household name across the world. 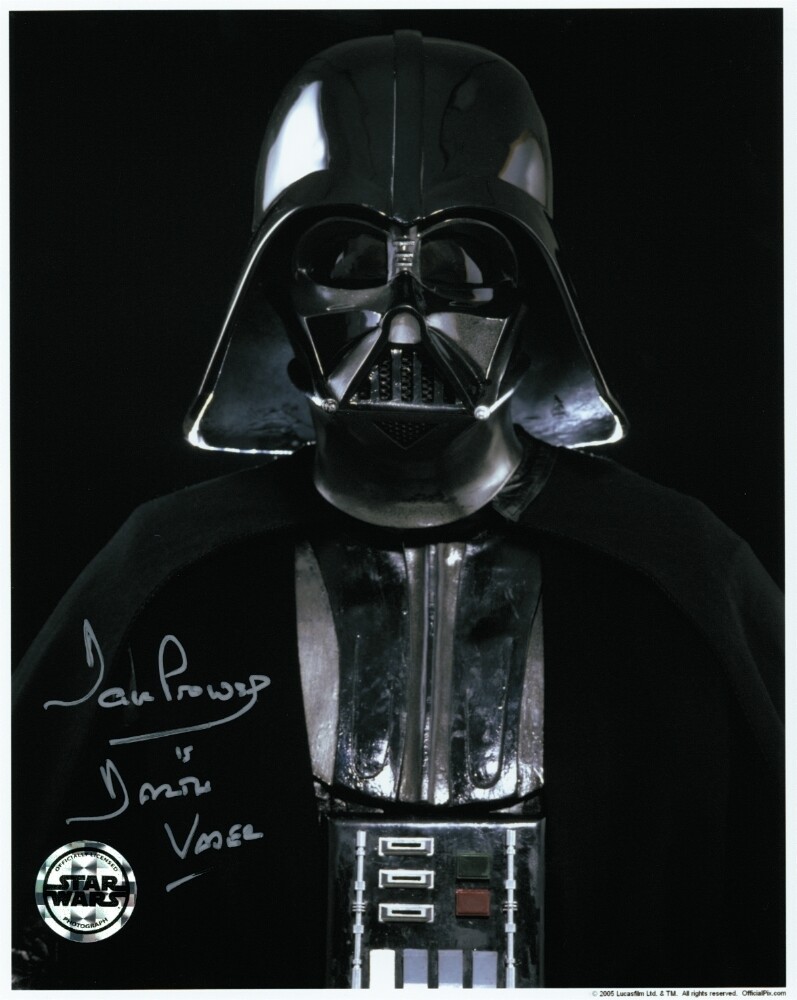 In the early days of Star Wars Prowse made it a point to let people know that he was Darth Vader, as James Earl Jones was often thought of as the Dark Lord of the Sith by the public because of his recognizable voice. Signing his name and adding "is Darth Vader" very early on, it became a trademark of sorts that you'll find in nearly all David Prowse autographs.

David Prowse suffered from arthritis most of his life as well as a bout with prostate cancer. His death was a loss to fans who loved him very much and the subsequent outpouring of emotional responses from not only the fans but also those who worked with him (such as Mark Hamill and Billy Dee Williams) reflected the profound impact this man had on the world.

May the Force be with him, always. 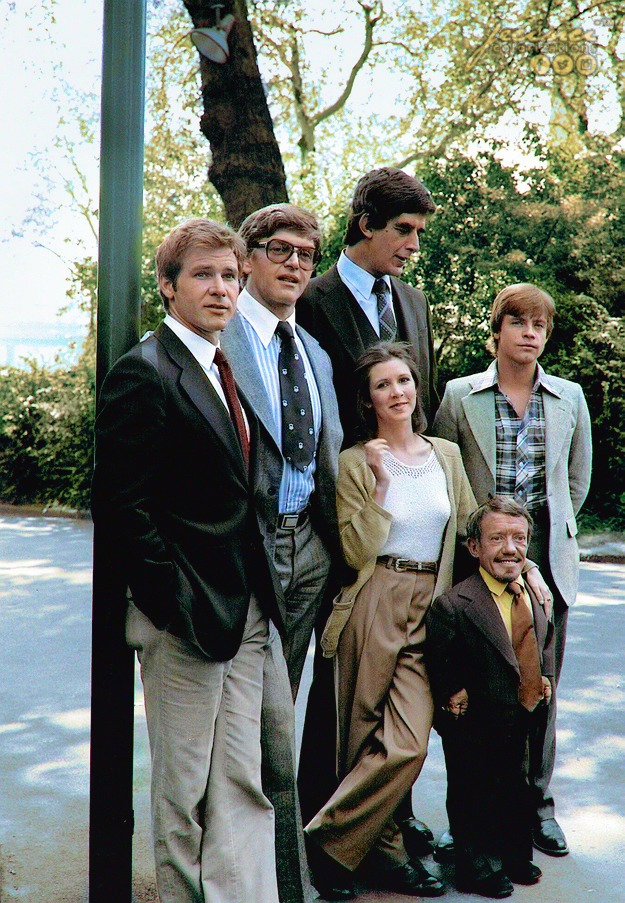