Star Wars has a long history of retconning. From who Luke Skywalker‘s father is to why the Millennium Falcon‘s computer seems to have a mind of its own, writers have continually updated and added to the Star Wars Universe by taking scenes, dialogue, characters and even inanimate objects and given them some sort of backstory to enrich the original movies (and more modern ones) that we love so much.

Really the first time this happened was when George Lucas changed who Luke’s father was. In the original Star Wars Darth Vader and Luke’s father were two very distinct people as Obi-Wan explains to Luke. When writing The Empire Strikes Back, Lucas made the decision to merge Luke’s father and Vader in to one person. The ramifications of this reverberated throughout Star Wars fandom when Empire came out and while some fans loved it, other fans hated it. It seems that not much has changed in the past 38 years.

More recently the Solo movie had a lot of references to the original trilogy as well as the prequels and added some explanations to things that some fans felt didn’t need an explanation. But not all fans feel this, there are quite a few who enjoy adding on to the Star Wars mythos and learning something new about their favorite characters, moments, ships and inanimate objects.

First up is the Millennium Falcon. In Solo we learn a couple things about the Falcon that change the way we look at scenes in The Empire Strikes Back. Lando‘s Droid companion, L3-37 ends up getting shot and killed while escaping the Spice Mines of Kessel and her “brain” is essentially uploaded in to the Falcon’s. This sets up why the Falcon is so temperamental in Empire, specifically when Han has to hit the console when starting her up when they’re fleeing Hoth. This same scenario can be seen when L3 hits herself in the head when connecting to the Falcon for navigation control. It’s small, but for those paying attention can be a fun connection to both films.
Another aspect is C-3PO‘s line in Empire, “Sir, I don’t know where your ship learned to communicate, but it has the most peculiar dialect” which now correlates with L3’s sassy attitude.

In Rogue One we get a few minor nods to the Original Trilogy, one being Cassian & Jyn‘s run-in with our favorite Mos Eisley Cantina patrons, Walrus Man (Ponda Baba) and Pig-Face (Dr. Evazan). It’s a quick scene but we get the same line, “You just watch yourself!” which establishes Dr. Evazan as a bit of a hot-head and supports his actions towards Luke weeks (or months?) later in the cantina on Mos Eisley.
Another Rogue One homage to pre-existing Star Wars is the appearance of the Ghost (the ship crewed by the characters of the Rebels cartoon series), the mention of General Syndulla (Hera Syndulla, the pilot of the Ghost from Rebels) and the droid Chopper (also from Rebels). This doesn’t explain anything specifically per se, but it connects Rebels to Rogue One and makes both stories a little bigger and robust. This happens in Rebels as well when we see Death Troopers again in the series. Saw Gerrera also makes an appearance and Director Krennic is mentioned as well.
Even Rogue One itself is based on the opening crawl to A New Hope:

Rebel spaceships, striking
from a hidden base, have won
their first victory against
the evil Galactic Empire.

During the battle, Rebel
spies managed to steal secret
plans to the Empire’s
ultimate weapon, the DEATH
STAR, an armored space
station with enough power to
destroy an entire planet. 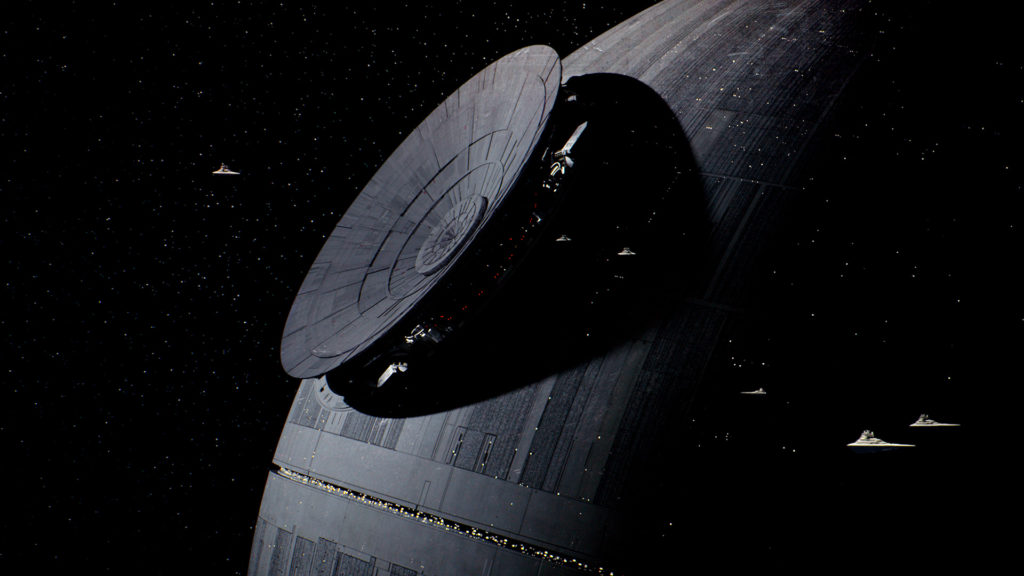 These sort of connections don’t just happen in the new films, the prequels are chock full of references to the original trilogy giving fans a history of key events, phrases and characters. While some of these references feel a bit hokey and some just plain silly, they’re there to tie everything together. Like George Lucas says in the behind-the-scenes of the prequels, “It’s like poetry. It rhymes”.
Sometimes it’s a little too on the nose for fans though and connecting characters like Chewbacca & Yoda just doesn’t seem like it makes a lot of sense. Some of these connections make the Star Wars Universe actually feel smaller.
For example when we discover that Anakin Skywalker built C-3PO things to start to feel a little too contrived. Or when you have Palpatine recite the line “I can feel your anger,” in Revenge of the Sith – which of course is taken directly from Return of the Jedi – you begin to get a sense that George may have tried a little too hard to bridge the prequels with the original trilogy.

As I’ve said, some fans don’t mind these acknowledgements and nods to other Star Wars content, no matter how ridiculous they may be, but what some fans are starting to feel is that LucasFilm is milking nostalgia a little too hard. On the one hand you have writers and filmmakers who are Star Wars fans themselves and want to play in that world and reference old material, but on the other hand it can end up feeling like something has been referenced just for the sake of doing it without any real thought as to how it might come across.
One example of this is in Solo when Woody Harrelson‘s character, Beckett disguises himself in the same outfit we see Lando wearing later in Return of the Jedi when he infiltrates Jabba‘s Palace. In theory this may sound like a fun idea, and it doesn’t change anything in Jedi other than revealing where Lando would have gotten the disguise, but that exact reason is why it comes across as too much. It starts to feel like every single thing in the original trilogy has to be referenced and utilized in some way to connect the new films with the old ones. It’s a cheap trick really and for kids it may be a neat gimmick, but for most fans who grew up with the OT, it really comes across as overt fan service and cheapens the moment. 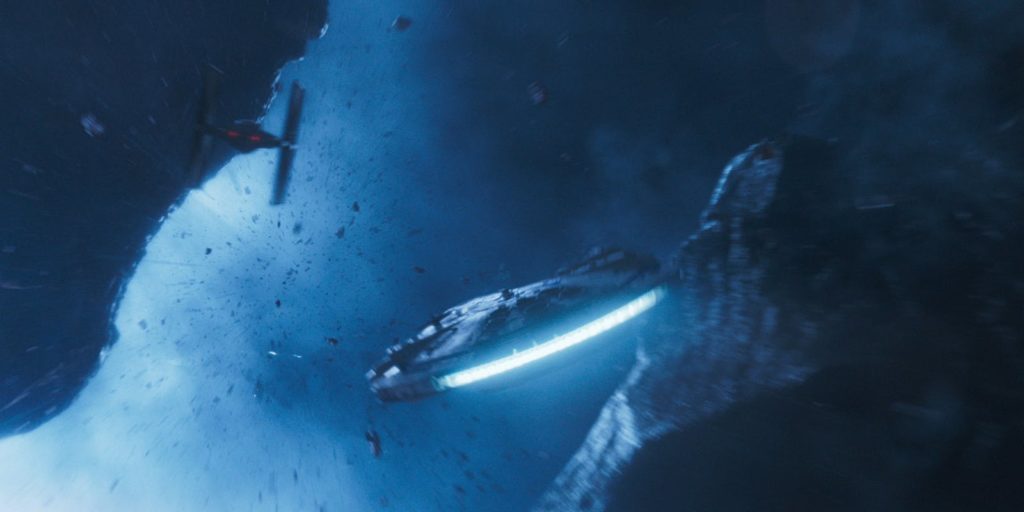 These retcons are not all bad though, especially when they’re more subtle. A great example in Solo is when the Falcon is trying to escape the Maw. They use coaxium fuel to give the Falcon a little more kick so it can basically escape the gravitational pull of a black hole, and just when you think they’re about to escape the Falcon’s engines seize up and shut down with that familiar sound in Empire when they’re running from the Empire and the hyperdrive doesn’t work. After a couple of seconds though the hyperfuel kicks in and they escape.
But that small moment where we’re reminded of Empire comes as a fun and pleasant surprise that feels like a proper homage and less like a hit-you-over-the-head with nostalgia-for-nostalgia-sake moment.

Star Wars has always had its fair share of self-reference and repeated lines (“I’ve got a bad feeling about this”), so this is nothing new of course, it’s just important that future Star Wars creators realize that not everything has to allude to a pre-existing element. The Star Wars Universe is big enough for new characters, new situations, new ships and new inanimate objects. While it’s fun to reference the other films and stories it’s important that moving forward those kinds of things aren’t used as a crutch to forego new ideas by merely recycling the past.